Given a mission of getting photographs in a rural setting with a local backdrop, the intrepid team (eventually), ended up on Farmer Morton’s property on Morton Rd on the outskirts of Katikati.

Craig Morton surveys the Great Wall V240 Wellside Ute after putting it through its pacres on his Katikati farm.  Photo by Bruce Barnard.

While initially taken back by journeying out of the confines of the big city, the rural outing killed two birds with one stone, giving the reviewers a chance to test drive on the open road and then take photographs in a tranquil rural setting.
After picking up the test drive utility vehicle from Ingham Sears, Bruce says: “I saw what looked to be a good working utility vehicle that screamed value for money at around $20,000”.

Meanwhile, Sideline Sid was taken by the clean lines of the ute that had a strong Chinese pedigree.

In keeping with the Great Wall V240’s outstanding success as an all-round workhorse, the extremely competitively priced two-seat ute comes in three workman-like shades of black, white and silver.

“The controls were well laid out with a handy storage box separating the two seats.”
Sideline Sid was more interested in the functionality of the interior. Durable cloth trim seats with safety, provided by dual front air bags, caught Sid’s eye. In keeping with the functional format of the versatile workhorse, the bells and whistles were restricted to a CD/Radio/MP3 player with power windows and an impressive air conditioning unit. The only fly in the ointment was the restricted head room space in the cab.

The clean lines of the exterior were highlighted by a number of special features. Large fog lights, power windows and 16 inch alloy wheels gave the Great Wall Single Cab a tiny hint of class, with fumbling for car keys firmly in the past thanks to keyless entry.
Out on the open road on our jaunt in the countryside, Bruce was impressed with the power steering that provided a light touch. “The nice light clutch makes changing the manual gears a breeze, with pickup on the road more than adequate”.

However, it is the all-round potential as a farm runabout or tradesman’s vehicle that held the real appeal for the pair of reviewers. The Great Wall V240 wellside model has carrying space in spades. With a payload of up to 1183 kg, the ability to carry large loads stands out. The large wellside deck space is complemented by a big back step and an easy locking rear tailgate. Throw on an optional extra fibreglass canopy and you have a secure unit that can hold all manner of goods for transportation.

Two standout features make the Great Wall vehicles stand alone from the competition. Starting from about $20,000, the Great Wall V Series Single Cab utes are outstanding value for money, with an extra bonus of a three-year/100,000 km warranty plus three years of Roadside Assist. 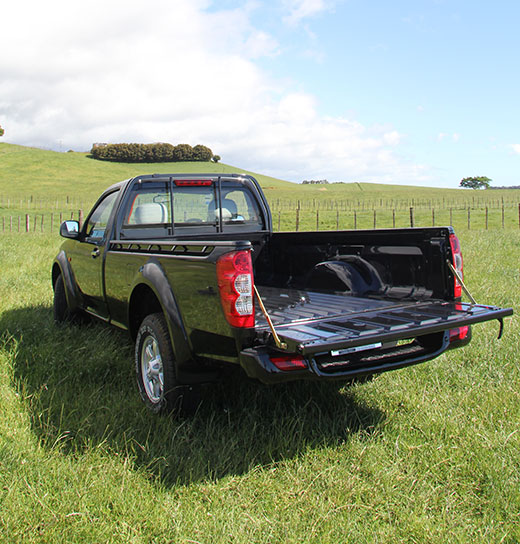 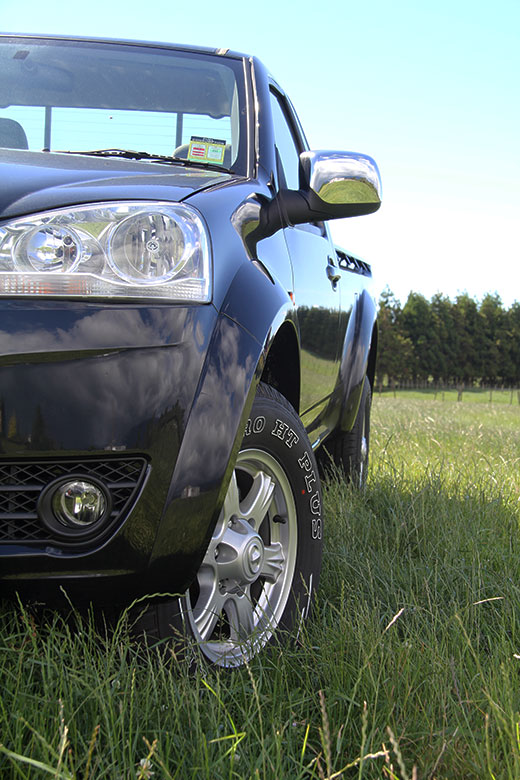 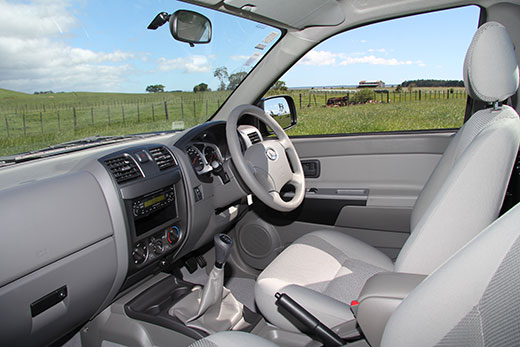 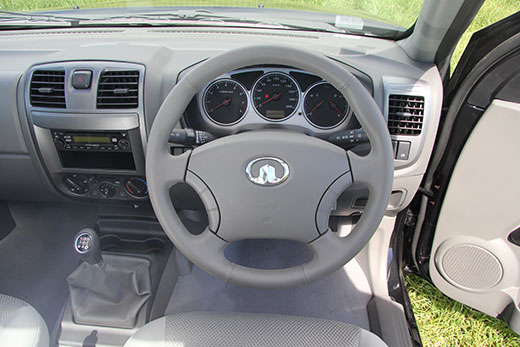 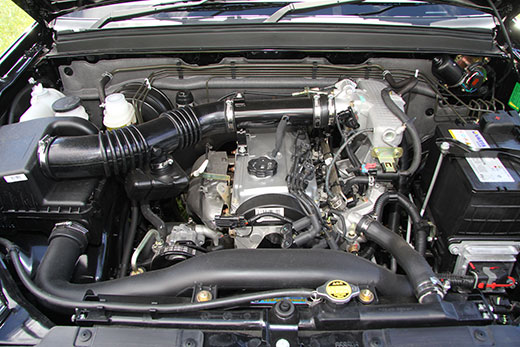