I love little cars. Always have. Actually thinking back every car I’ve owned has been a little hatchback; and when I mean little, I mean little.

Three or five-door small-engined small hatches. Shopping trolleys they call them, except I don’t do the shopping!

The world has been going small for many years. Fuel prices yes, but really we’ve realised a big car just isn’t necessary when, for 99 per cent of its use, you’re in it on your own. And for the once in a blue moon your not, most modern ‘small cars’ have heaps of room for a short-ish journey with more on board. In our family there’s a wee car and a people mover. Almost all of our friends have a wee car and either an SUV or a people mover. Buying smaller, and then one of those, is one of the reasons why the two big Aussie cars will be gone in 2016.

This week’s car is the latest version of Toyota’s super famous Starlet. Originally called the Echo when it arrived in 1999, Yaris has now became the models name everywhere it is sold. Quick history lesson, the Starlet first appeared in 1973 and stopped being sold – replaced by Echo –

in 1999. That’s a pretty good run; and for my generation we’ve all got Starlet stories! I owned one briefly, lots of my friends had one too. I wonder with that fame if Toyota NZ did try to keep the ‘Starlet’ name when Echo replaced it.

I read an interesting statistic about Yaris sales in New Zealand. More than 30 per cent are sold to private owners, with more than 70 per cent sold to female buyers aged 50-plus. The remainder goes to fleet and rental buyers. So with an older female market being targeted, why put big feet on the baby Toyota and sportify it up. The answer came from another piece I read this week that said ‘60 was the new 20’. Of course, in 2014 not all the ladies, and gentlemen, who buy the Yaris want just a small shopping trolley or a ‘Gran’s car’.

And with ZR they aren’t. Well they are, but they’re getting some sporty extras.
Like the big 17 inch wheels. They look really good on the sporting 2015 model – yup we’re into the 15 model year and especially in the silver car colour, as seen here, you can also get a Vivid Yellow colored Yaris if you want, or Cherry which is quite a pinky color, one that Mrs Motormouth loves! Having such big wheels with lower profile tyres, it doesn’t hurt to ride too bad either.

It’s firm but even the Downtown Tauranga cobbles won’t cause any teeth – or falseys – to loosen.

I have to say well done, as I before I drove they had me wondering.

I find the way I drive changes when I’m behind the wheel of a small car especially a sporty version with big wheels. I find myself darting and zipping around really for no real reason. In ZR it certainly it made my bunch of round-town errands on my own entertaining with a trip to Pongakawa and back later that day – not a problem either. It was night on my return and Yaris has got very bright, very white projector-type headlights that come on automatically too!

One of the things a small car does well is fit in. Be it a gap in traffic or any parking space there are no real moments of concern. To make parking even easier this ZR model has a full-colour reversing camera that shows on the 15.5cm touchscreen for the audio/phone/optional sat-nav system.

I think every car in New Zealand should have a backing camera. They aren’t really that expensive, I’ve seen reviews of good quality ones priced at less than $100. That’s less than an insurance excess for most people. No need to mention the small cost for preventing a tragedy.

Aside from the flight deck, Yaris has got some neat features. The boot features a clever false floor; with a secret compartment under the normal floor that lines up with the rear seatbacks when they’re folded down, or remove it for a much deeper boot.

There’s also a big ‘multi glovebox’ up front with a lot of spaces for things, but all hidden from view. And, as is now the norm, Yaris has five-cup holders up front so there’s room for a cuppa, sports drink or supplement shake – or all three!

If you’re wondering about the name of the car once called Echo – Vitz also as we see from the used imports – Yaris is not actually a Japanese word but a combo of things from different parts of the world. ‘Ya’ from the German expression of agreement and ‘Charis’, the name of the goddess charm, beauty, nature, human creativity and fertility in Greek mythology.

This gave me the answer to what I think Toyota is trying to say to people about the ZR Yaris. “Ya you ‘60 is the new 20 something’ goddesses – this is the non-shopping-trolley, non-granny car you’ve been waiting for!” 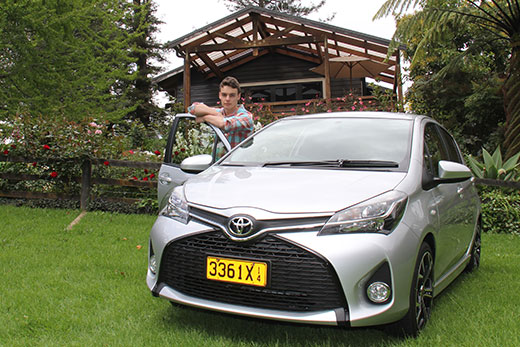 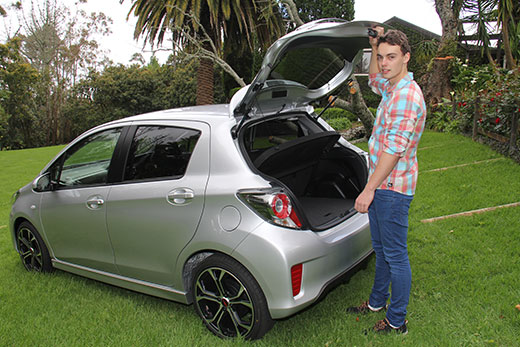 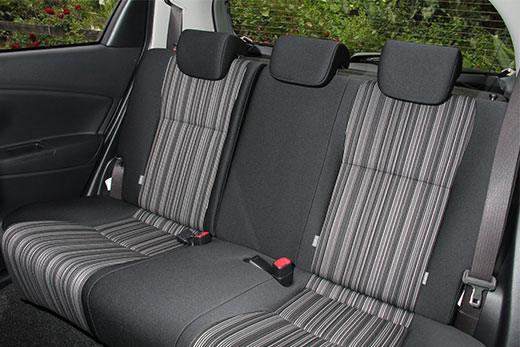 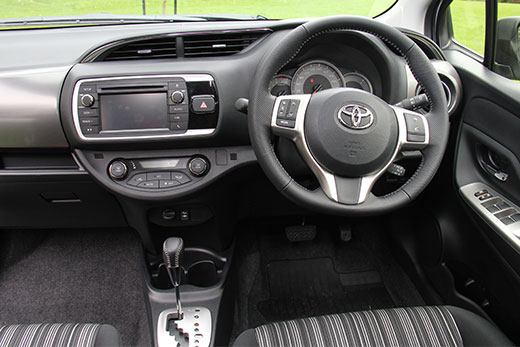